Coming out of the Eye of the Needle in Ethiopia

Ethiopia is an ancient land with a mysterious history that has created exciting riddles in the present.

Ethiopia has its own calendar, time, script, language and religion.

Coming out of Hell — a long dark underground tunnel with many obstacles on the left of the tunnel and a clear passage on the right.

Calendar and Time? Seriously, when you get a airline ticket it actually states  Please note: “International time and date.” I was super confused when people told me the time until I worked out the 6 hour time difference to the International Time on my phone. I would be expected to arrive at work at 2 — this would mean 8 o’clock in the morning…

To make things more difficult for the traveler Ethiopia also has its own unique Script,  language and Religion.

All of these differences makes for an individual, proud culture.

What is there to see in Ethiopia you may wonder?

I found there were Ancient Palaces and Churches, wild animals, vast mountainous landscapes, the lowest place on Earth, a fresh water lake that looks like an ocean, ceremonies that mobilize the whole population, a fasting culture where they vegan fast for over 2/3rd of the year and then eat raw meat the rest of the time, ancient archaeology  discovering ancient hominoids plus historical stories that include The Queen of Sheba and the Knights Templar.

Ethiopia is a Fresh Water Paradise

Ethiopia is known in the rest of the world for droughts and famine. Unknown to most of us is that Ethiopia is a land of highlands and an extremely prolific rainfall.

There is a  massive lake — Lake Tana — that is like an inland sea, it fills over 2000 square kilometers. This lake drains into the Nile and waters Ethiopia, Sudan and Egypt.

In the South of Ethiopia is the Danakil desert — the lowest place on Earth — this small area of the country is where they get famines that we hear about in the West.

The Arc of the Covenant is an ancient relic from the Old Testament that was originally created by Moses with the help of God. It was a box covered in Gold with long handles to carry it on the shoulders of people. In it were two stone tablets inscribed by God.

It was taken around the desert and used for various things such as winning wars and killing people who didn’t do as Moses and its later owners wanted.

After many years in the desert being housed in a Tent, the Jewish people who owned it was decided to build the Temple of Solomon in Jerusalem, to house it. It stayed there for some time until it “disappeared”.

All the texts of the time simply stopped mentioning it.

A great mystery surrounds what happened to the Arc of the Covenant.

The Ethiopians don’t join us in the conundrum, they know where it is and who is looking after it.

They say that they hold the Arc of the Covenant in the St Mary’s Church in Axum. 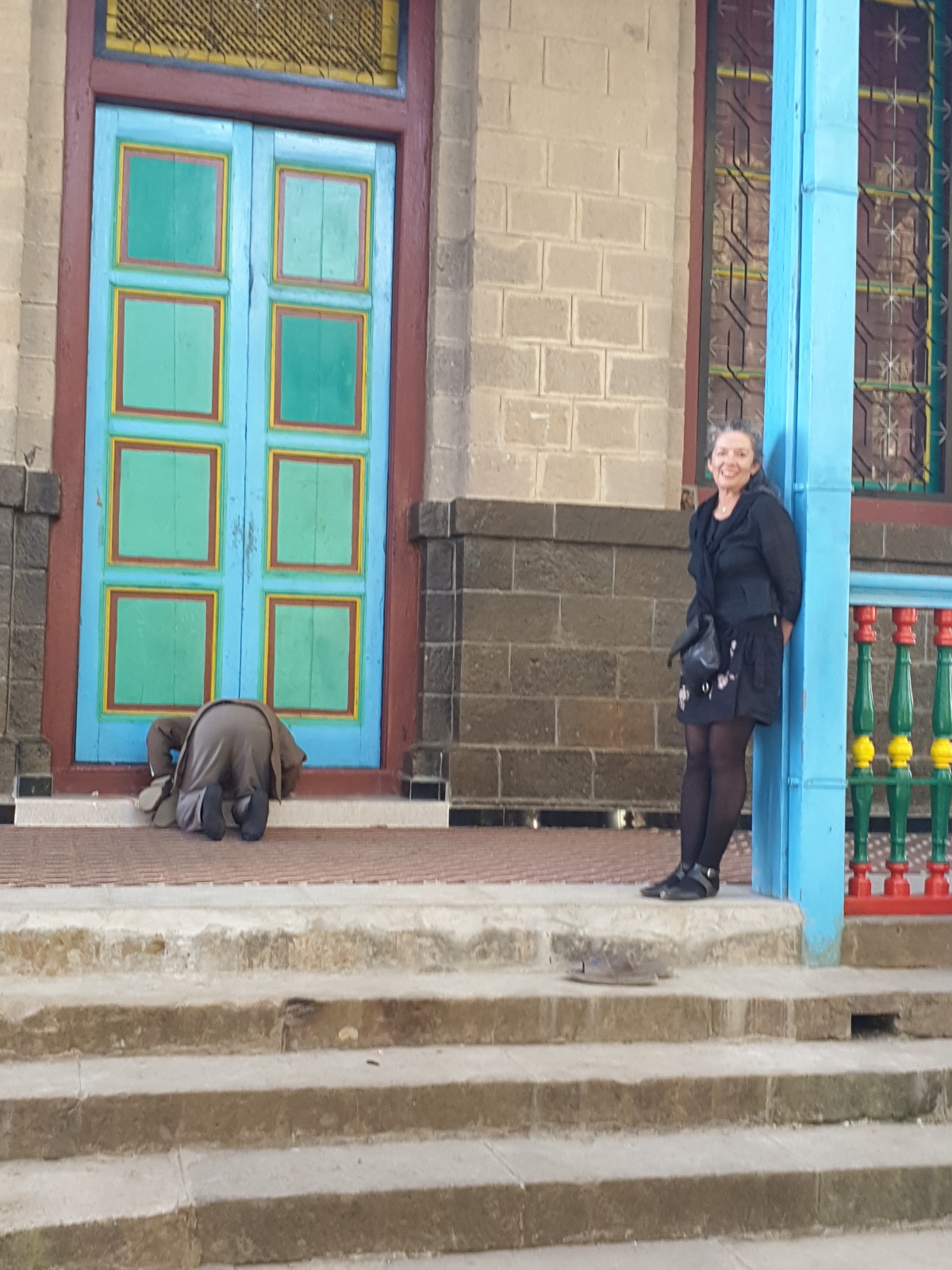 Every church has a Tabot

Each church of the Ethiopian Orthodox has a symbolic Arc of the Covenant. A stone or wood Tabot. This Jewish pre-Christian symbol is a large part of their worship.

One church that is housed in a large cave is called the Yemrehana Krestos Church has been used daily for a 1000 years and still has the original wooden doors and windows. The wood  being most effectively preserved with butter.

These ancient churches have nine different crosses used in the decoration. This shows that 1000 years ago the Ethiopians were in contact with all the different cultures so that they could include their symbols in their churches.

The roof of St Geroge’s Church is level with the ground.

You can see the Swastika, Jewish, Coptic, Knights Templar, Maltese plus many other crosses carved into the windows and doors of the churches.

I saw some churches hewn from the soft rocky ground where the roofs were at ground level.

St Georges Church is a picturesque example — although there are many others.

The Origin of Coffee

When I travel anywhere in the world I find the coffee well below the standards we have in Australia.

I learned that the origin of coffee is Ethiopia from an area called Kaffa — pronounced Cafe.

Coffee is revered in Ethiopia and the standard is excellent. They have coffee ceremonies, in homes and in public places likes hotels, restaurants and schools. 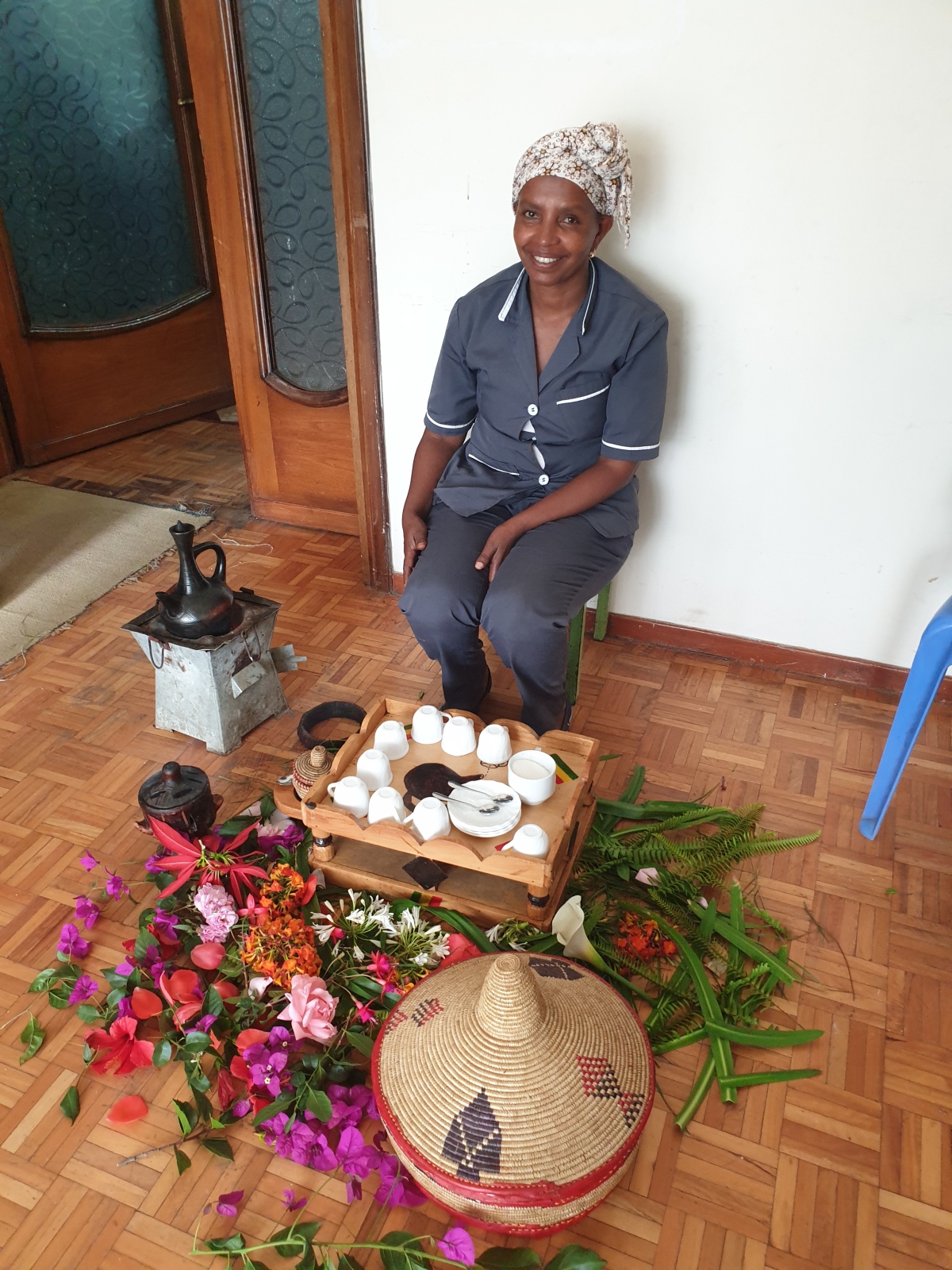 A large group of Rastafarian’s live in and south of Addis Ababa. This is a most curious story about how Jamacians ended up in Ethiopia.

Marcus Garvey of the Rastafarian’s said; “Look to Africa where a black King shall be crowned, he shall be the Redeemer”. Soon after this Haile Selassie became the Emperor of Ethiopia. He was then considered by the Rastafarian’s as that redeemer. Interestingly enough Halle Selassie didn’t consider this of himself.

Many Ethiopian Kings in the past were both Priests with dreadlocks and Kings. This means that dreadlocks are seriously old School.

Another mystery of Ethiopia is the so called “Black” Jews.

There is/was a sect of Jewish people in Ethiopia who had beliefs and behaviors that pre dated current Jewish culture.

The Ethiopian Jews still practiced sacrifice plus worshiping in groves of trees. They also had places of worship outside on the tops of hills.

Worshiping in a grove of trees.

All of these behaviors were outdated from Jewish people in the rest of the world. This suggests that these Jewish people came to Ethiopia in the very distant past — perhaps bringing with them the Arc of the Covenant?

Most of these people have now emigrated to Israel so there are very few left.

The School of St Yarad – Ethiopia

I was in Ethiopia to volunteer at The School of St Yarad’s. I was doing some staff training and Physiotherapy for the parents of the students. 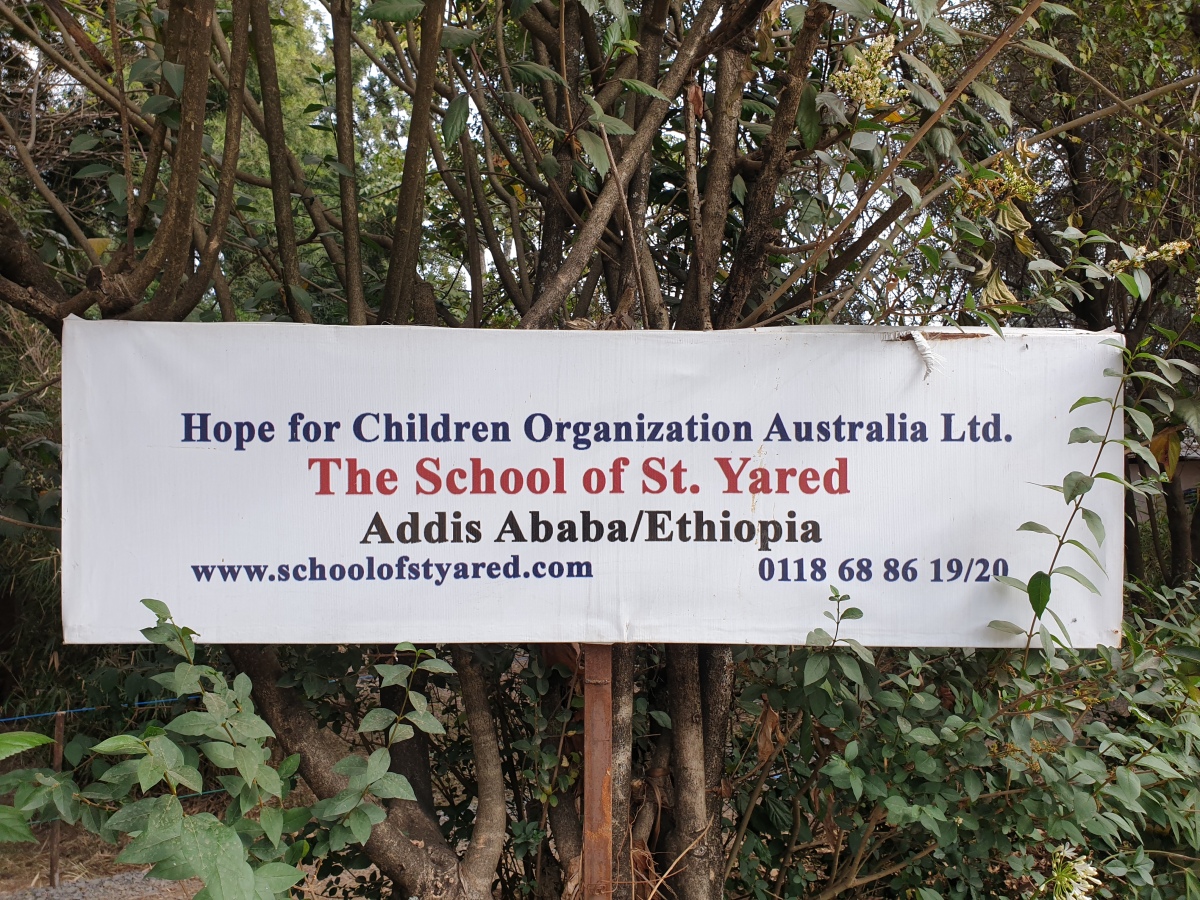 Hope for Children Australia started and supports this school that educates children who live in severe poverty.

It has a wonderful outcome as it is known as one of the best schools in Addis Ababa.

I noticed the respect and happiness of the children in the playground — they seemed to love The School of St Yarad’s.

After visiting a home of one of these children I understood that the large gardens, cleanliness and kindness at the school must have been a haven.

Although inside the tiny home was very clean; the yard was a crowded shared with many other families and a wet, dirty place with nowhere to play safely.

My Physiotherapy work was challenging as the only tools I possessed were my hands, acupuncture needles and my mind. 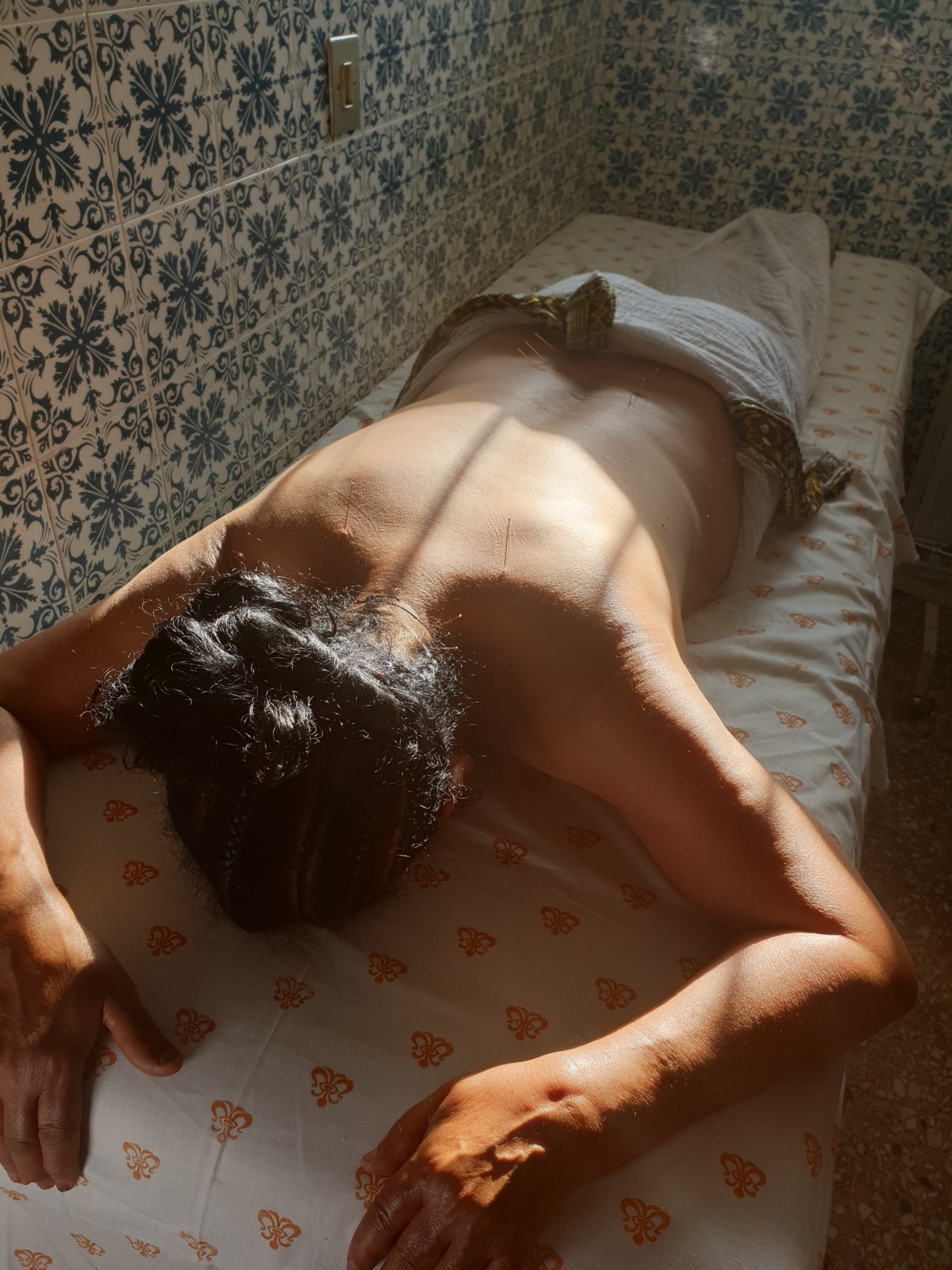 The people who came to me had very severe and chronic conditions. HIV+ clients were not uncommon.

To my surprise I had miraculous results using the methods I learned from my time with “The Iceman” – Wim — controlled hyperventilation being a part of this approach.

I also used the “You are Placebo” methods of Dr Joe Dispenza. This is consciously enhancing the ability to create a Placebo event.

We had many instant healings of pain and disability and I have continued this approach back in Australia with similar results.

This school supports not only the children but also the parents. They educate the parents in child rearing plus they support them if they require it.

I really admire this holistic approach to education and the wonderful Sister Ababa of the school walks the talk to such an extent that in my opinion she is a “Saint”.

While I was in Ethiopia Sister Ababa organised a seminar for parents and invited government and medical officials to teach the parents about HIV, contraception and other major health issues that plague their community.

Sister Ababa goes out into the community and explains to the parents how to resolve conflict plus how to support the children to learn. The children feel safe enough to tell her their most intimate concerns. Sister Ababa then visits the family and supports them to change.

This approach is encouraged by the school culture and the children are thriving as a result.

If you want to know more about the school or sponsor a child, here is the website. https://www.schoolofstyared.com