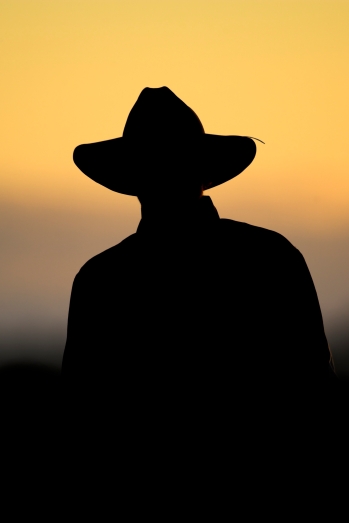 My primary school in Wubin had a program that linked you with a “pen friend”. This was sort of like an old fashioned “facebook friend”.

My pen friend was called Michael Boladaris and he lived on Wonganoo station that was miles out of Wiluna in the Western Desert.

We sent letters to each other for many years all the way through primary and high school. At the Wiluna gymkhana we would meet and hang out together.

Going outback to the gymkhana was a once a year adventure where we would drive into the desert for hours and hours often not seeing another car for up to half a day.

We would drive by soft yellow sand plain with a mad profusion of crazy coloured wildflowers, and then into the red dirt and dust that got up your nose, in your ears and every crevice of of your body and vehicle.

We would stop along the way in deserted gold mining towns and we children would fossick for junk.

Finally we would be in Wiluna and camp in the bush as there were no caravan parks.

No showers or toilets for camping in those days. We would just camp somewhere flat — every couple of days use the showers provided at the gymkhana and when we felt the need we grabbed a shovel and squatted behind a bush.

Families  would cook on an open fire and after dinner we would sit around  and gaze into the fire or someone would grab a guitar and sing.

We would all be so exhausted from the gymkhana that as soon as it was really dark we would sleep in our swags under a pitch black sky with a myriad of diamond like stars above us.

I would watch for satellites — they were really infrequent then, and then I would go to sleep with the sound of the wind, cicadas and night birds.

One night just as twilight was occurring and dinner was cooking on the open fire an old guy was sitting with my family around the campfire.

I remember that the bush had that soft orange glow that it gets as the last rays of sun hit the tops of the low bushes and reflects from the gum leaves.

There was a quietness in that evening where sound carried for a long distance.

This man was probably somewhere between 25 – 30 years old and seemed so old to the young eight or nine year old me. He was dressed in jeans, high heeled cowboy boots, and a check shirt. His body was lean and muscular with skin that was thickened and dark from the sun. Around his eyes were smile wrinkles with white in the crinkles where the sun didn’t tan due to his habit of smiling.

He gently cajoled me aside from my family through the scrub and away from the fire in that beautiful early evening. I clearly remember the beauty of that soft light on the bushes, and the quiet of the evening.

I was a shy farm child but he felt OK and he worked hard at overcoming my shyness until he really had me on my own and had my total attention.

He then gently and repeatedly told me some of the best advice I have ever been given in my life and it was:

“Never go with a man who is not kind to horses, dogs and children.

If they are not kind to horses, dogs and children they will not be kind to you.”

He asked me to repeat it for him to show that I understood. He then lead me back to the fire.

In my life, I have noticed that this advice is true for both men and women — if they are not kind to animals or children then I know not to give them much attention — to leave them alone.

The times I have not used this advice I have always regretted it.

I have never forgotten that man and I wish I could thank him.

One thought on “Horses, dogs and children… Sage Advice from an Australian Jackaroo”